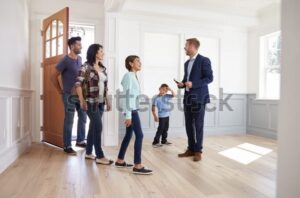 Could it be? Could we be finally starting to see the shift in the market that we have been waiting for? Well, not so fast but signs are pointing in the right direction.

Part of the reason it’s waning is that there is more inventory on the market. The other reason is rising interest rates. As of July 14th, the interest rate on a 30 year fixed loan was 3.110%. Rates are climbing and that climb is expected to continue in the second half of the year. With more houses on the market and rates increasing, the market is starting to balance out but we are a ways away from it turning into a buyers market.

As a result, buyer fatigue is setting in. Buyers are tired and there is a growing trend of buyers getting out of the market until there is a correction.

The average property in the United States had five offers in the month of May so buyer interest is still there but you are starting to see the beginning of a shift. A shift that could be signaling the beginning of a change in the market.